With many new traders entering an existing market, a lot of terminologies could easily get overwhelming, that's why we've compiled a list of frequently asked questions and provided easy-to-understand explanations.

A blockchain is similar to a database except in the way that the information is stored. Blockchains are decentralized, meaning there is no single operator or entity that has control. In the case of Bitcoin, anyone can run their own node, which contains a complete copy of the blockchain, to both secure networks and interact directly with the blockchain. In this way, it is censorship-resistant. Blockchains record data in blocks and the blocks are attached chronologically one after the other. Each new block contains a reference to the previous block, making it a chain of blocks. Blockchains can store many types of data securely. For Bitcoin, it is used to store transaction data. It’s important to note that once a block is added, its contents are immutable, which means the records of those transactions are permanent and unalterable. Most blockchains, Monero being a notable exception, are fully transparent and publicly verifiable. Anyone with an internet connection can view transaction history or address balances by visiting the chain’s block explorer.

What is the process of a blockchain transaction?

Here is an example to illustrate the process:

1. Bob wants to buy Debbie’s car and opens his wallet to send 1 BTC to Debbie.

2. He enters Debbie’s public BTC address, the amount and fee he is willing to pay.

3. He clicks “Send” and the wallet signs the transaction with Bob’s private key.

5. A miner successfully solves the mathematical puzzle and earns the right to create the next block. Bob’s transaction gets included.

6. The miner announces the new block and the nodes verify and propagate it across the network. 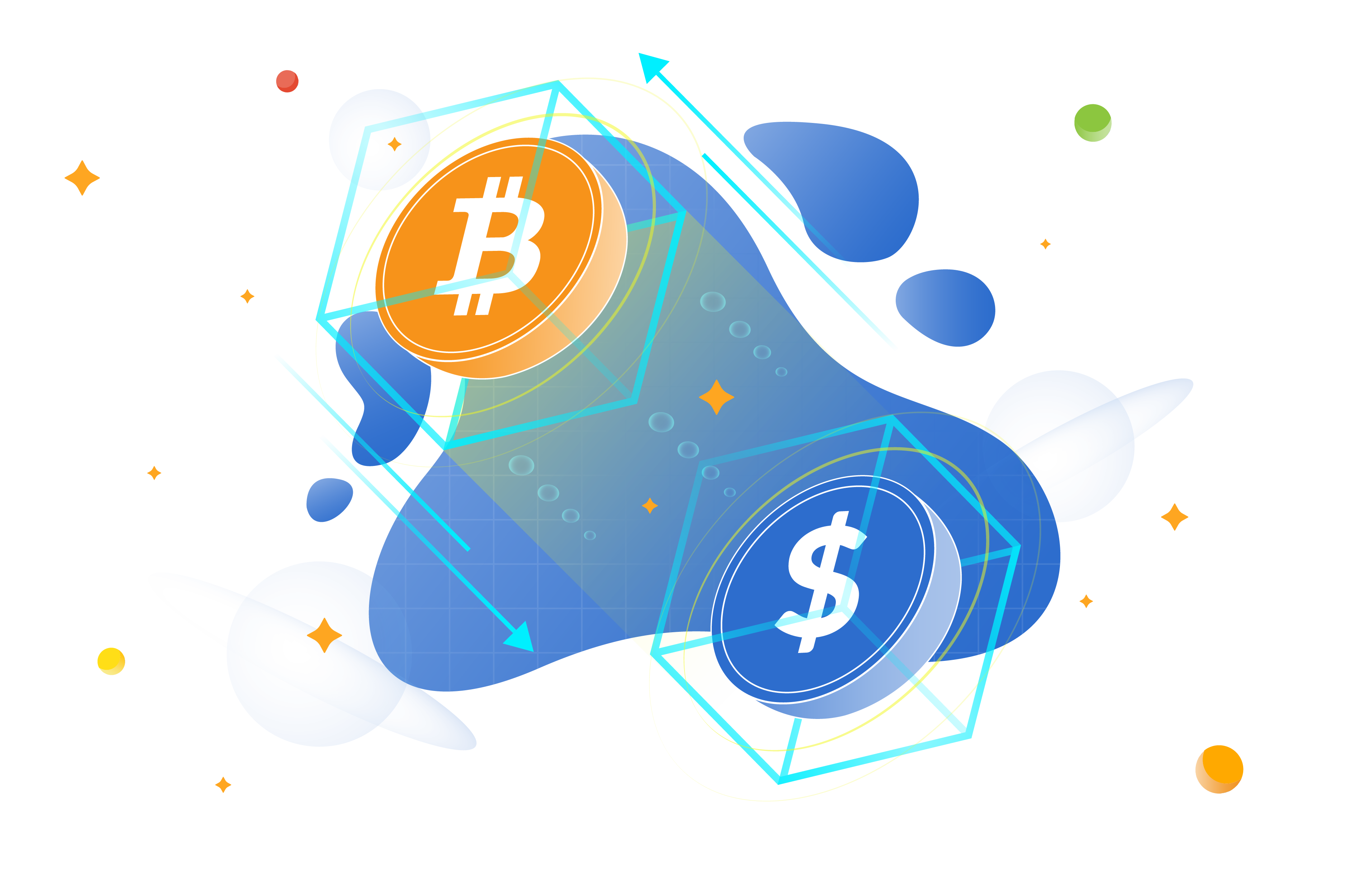 What are transaction fees?

What are gas fees?

What are the different types of crypto wallets?

A crypto wallet is a software or a hardware device that allows users to both securely store their crypto assets and interact with the blockchain. Crypto wallets come in many forms.

Hardware wallets: A physical device that stores the private keys of your crypto offline. Access to it is protected by a user-defined PIN.

Paper Wallet: A physical piece of paper containing a public key, private key, and sometimes a corresponding QR code. This paper must be secured, as anyone with access to the paper has full access to the crypto in the wallet.

Desktop Wallet: Software issued by the coin/token developers or others that allow users to store cryptocurrency on their PC. Wallets should be encrypted using a strong passphrase.

Web Wallets:  Generally considered the least secure, web wallets can be installed in supported browsers. While convenient for sending funds quickly, your encrypted private keys are stored on the servers of the web wallet provider, which can be a security risk.

Like mining, staking validates transactions, but it does so using a proof-of-stake mechanism instead of proof-of-work.

Holders of CenX tokens can take advantage of Centralex’s CenSplit program, where a proportion of the transaction fees paid in CenX are distributed to holders on a quarterly basis.

Governance refers to the set of processes that are used to control various aspects related to a digital asset. Centralex is a community-managed project, and as such CenX token holders will be able to vote on issues relating to future iterations and implementations of the Centralex Exchange. 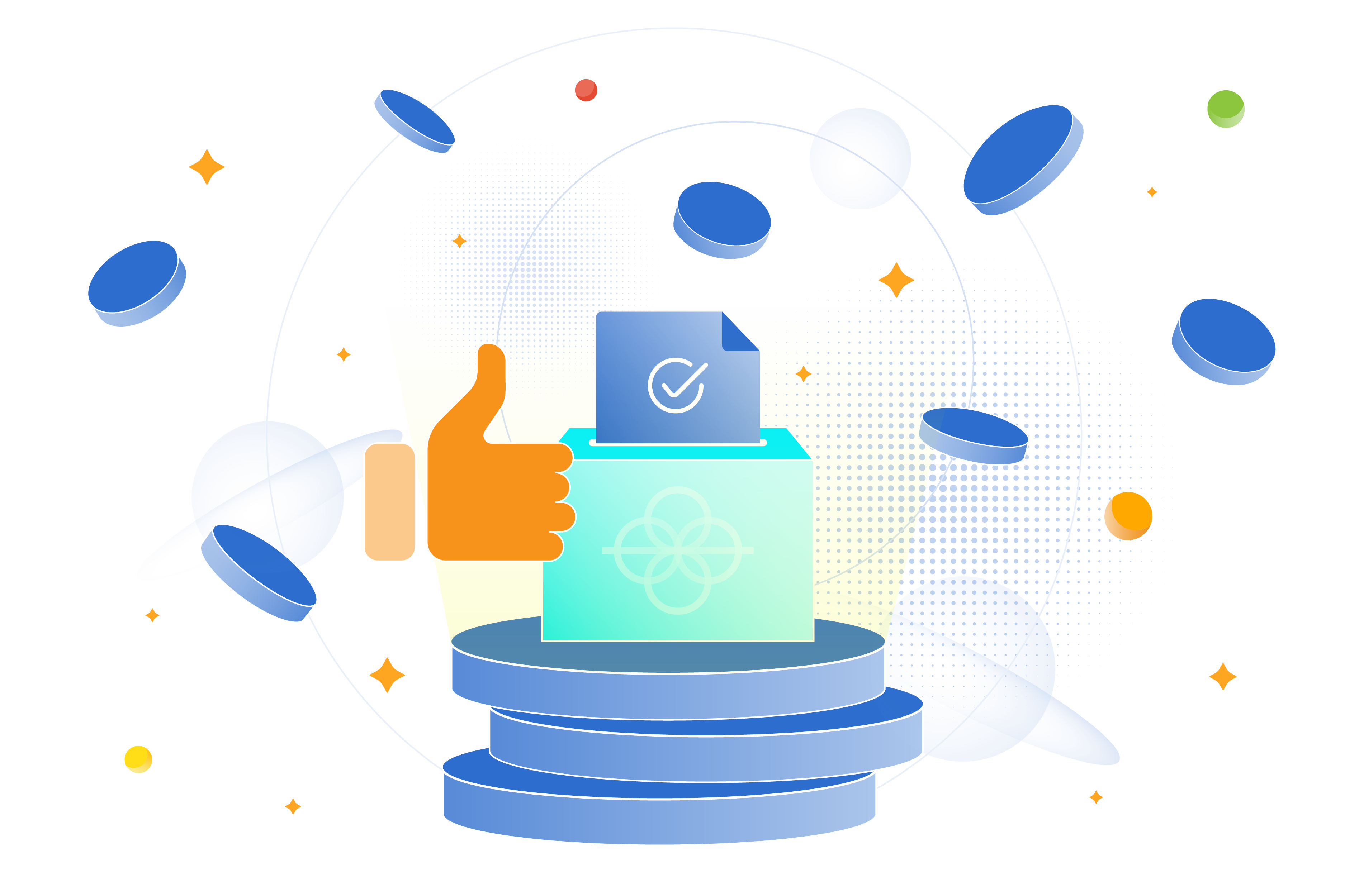 Many new crypto projects offer a pre-sale of their proprietary tokens to early investors. To prevent dumping on the open market at launch, some new projects lock the pre-sale tokens for a certain period of time. This is called a vesting period. In the case of the CenX Pre-sale tokens, for example, a proportion of the “locked” tokens are released weekly over a 9-week period.

What is a liquidity pool?

A liquidity pool is a collection of funds locked in a smart contract. These funds provide the capital for trading pairs on decentralized exchanges.

60% of the capital raised via the CenX Pre-sale was forwarded to the liquidity pool on Uniswap.

What is the difference between Centralized and Decentralized Exchange?

Centralized exchanges are web platforms that allow people to buy and sell cryptocurrency, as well as provide on-/off-ramps from/to fiat currencies. The transactions on centralized exchanges are off-chain. These exchanges act as third-party custodians in that user funds are stored on their servers, and the exchange is responsible for the security of those funds. With centralized exchanges, clients do not have access to private keys of the digital assets in their accounts. Instead, users actually hold an IOU until they withdraw the tokens/coins to their personal wallets.

Custo-DeFi is a new concept coined by Centralex. Custo-DeFi combines elements of both custodial exchanges and decentralized exchanges. It ensures that funds are stored in an ultra-safe, semi-custodial environment. Thanks to a partnership with Fireblocks, users will have the freedom to participate in the full range of DeFi options, including trading on UniSwap, from within the Centralex Exchange platform. It’s worth repeating here that Centralex will never store any private keys on its servers.

What is an NFT?

NFT stands for non-fungible token and it is a unit of data stored on a blockchain. The blockchain certifies that the asset is a unique one with unique identifiers that cannot be duplicated. NFTs provide proof of ownership and users can trace the ownership/transaction history of the NFT right back to its creation. NFTs can cover a wide range of items, from collectibles to land titles and everything in between. Like DeFi, NFTs remove the need for intermediaries between seller and buyer.

Altcoin: Any digital asset other than Bitcoin.

Node: A computer that validates transactions.

DeFi:  Decentralized Finance. DeFi is a system that offers financial investment products to users without the need for banks and brokerages. The financial products are offered via a public decentralized blockchain network that anyone can interact with.

KYC: Know Your Customer; the set of standards used to help verify the identity of a customer.

AML: Anti-Money Laundering: the set of laws, regulations, and procedures that aim to stop criminals from receiving, hiding, or converting illegal acquired funds.

Gas: The fee required to complete a transaction on the Ethereum blockchain.

Fiat: Government-issued currencies, such as the US dollar and Euro.

Whale: An individual with a high net worth in one or more digital assets.

Moon: A significant rise in the price of a crypto asset.

Bullish: having the belief that the price of a particular cryptocurrency, or the market in general, will increase in price.

Bearish: having the belief that the price of a particular cryptocurrency, or the market in general, will decrease in price.

HODL: A misspelling of the word “hold”; used to describe holding a cryptocurrency in your wallet for the medium or long term with the belief that the price will rise significantly in the future. Although its origin is from an inadvertent misspelling, some have back-engineered it to stand for “hold on for dear life”.

FUD: Fear, uncertainty and doubt. Any negative reporting that tries to paint a particular digital asset in a negative light.

FOMO: Fear of missing out. This phenomenon comes in many forms. Typically, it relates to the fear of missing out on a potentially profitable investment or trade that everyone else seems to be making money on. The feeling often leads to trades based on emotion rather than logic or reason.

How to avoid crypto scams, a few tips to help along the way: